The Grecian Odyssey Dancers were formed in 1983. The group adopted the name Grecian Odyssey Dancers in April 1984.  This original group consisted of 12 dancers, all high school students,  with Pat Horianopoulos, a Greek immigrant,  as the Director and Instructor.  The groups first performance in our annual Greek Festival was a huge success, leading to a massive increase in festival customers.  Greeks and non-Greeks alike enthusiastically received the group, as they performed at church-related events and various venues throughout Brevard County and elsewhere.

In 1992, the dance groups were recognized officially as a ministry of St. Katherine Greek Orthodox Church. The Junior Odyssey Dancers were under the direction of Mrs. Metropoulos and the Grecian Odyssey Dancers under the co-directorship of Nickie Ladis, Fran Hadjilogiou and the late Callie Randall.

In the Fall of 1994, the parish council voted to include the dancers in the church budget and began allocating funds for the development of this ministry.  Now as Director, Fran Hadjiogiou expanded the Grecian Odyssey Dancers into three distinct divisions under one banner, consisting mainly of the parish children, ages 7 to adult.  She continued to expand the dance repertoire and traditional costumes of the dancers until 2001, when she resigned as Director of the Grecian Odyssey Dancers.  In 2000, Fran became one of the original committee members of the Metropolis of Atlanta Hellenic Dance Festival instrumental in the development of Greek dance in the nine southern states that make of the Metropolis of Atlanta, the largest Metropolis in the Archdiocese.

In 2001, Ioanna Hawkins became the Director of the Grecian Odyssey Dancers.  During her tenure a fourth division was added to the group, the Junior Group 'Little Stars.' The divisions of the dance group have remained the same since 2001.  They are; the Junior Group 'Little Stars,' (ages 5-7); the Advanced Juniors, (ages 8-11); the Intermediates, (ages 12-15); and the Senior Group, (ages 15 - adult).

The Grecian Odyssey Dancers received their first medal in the 2007 Hellenic Dance Festival (HDF) of the Metropolis of Atlanta.  Held in Clearwater, Florida the Grecian Odyssey Dancers received the Bronze Medal for placing 3rd in the Advanced Senior Division, an amazing feat considering it was only the second time that they had participated in HDF competing with approximately 600 participants, from 20 dance groups, representing California, Virginia, Alabama, North Carolina, South Carolina, Georgia, Tennessee, Louisiana, Mississippi and Florida. 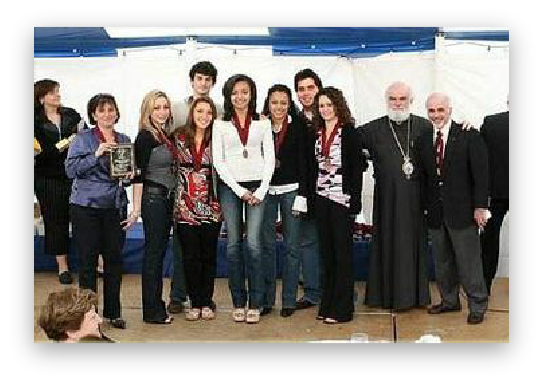 In 2005 the Grecian Odyssey Dancers became the official dance group for the new Orthodox community forming in Steward, Florida.  The group provided support during its annual fundraisers and helped the community establish its own dance group in 2009.  During the time between 2005-2008 our local dance group expanded its operations beyond Brevard county, working with other Orthodox parishes in central and southern Florida in collaborating with other developing dance groups.

In 2008 the Grecian Odyssey Dancers won the gold medal for 1st place in the Advanced Senior Division of HDF competing against teams from all over the United States with over 800 participants from 28 dance groups.  This group also performed for NASA and Cape Canaveral, on behalf of the Greek and Cypriot governments during the launch of the first ever Greece and Cyprus satellite from Kennedy Space Center. 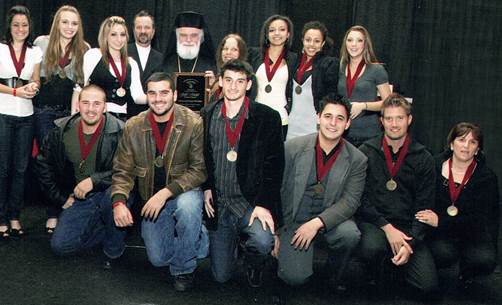 In 2009 Natalie Yacoub became the sixth Dance Director of the Grecian Odyssey Dancers.  She remained with the group until 2018.  In 2014 the group returned to HDF where the Intermediate Group won its first medal  receiving the silver medal and Excellence Award.  Natalie’s vision of expanding our instructor base and “teach the teacher” mindset was first used to make dancers into instructors.  In 2014, under the tutelage of Janice Koumarianos, assisted by Carl Hawkins and Christina Koumarianos (prior dancers) was the first time prior dancers led a dance group to HDF. 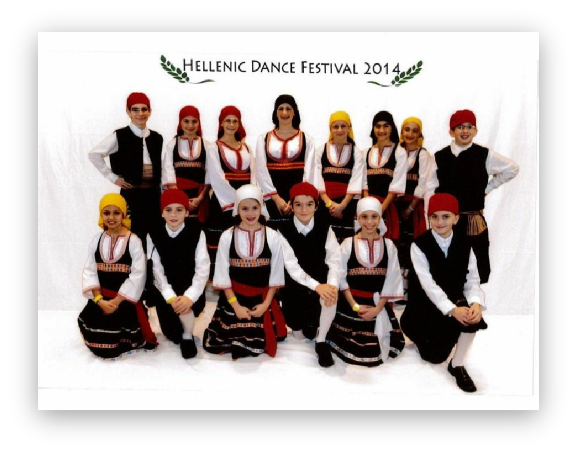 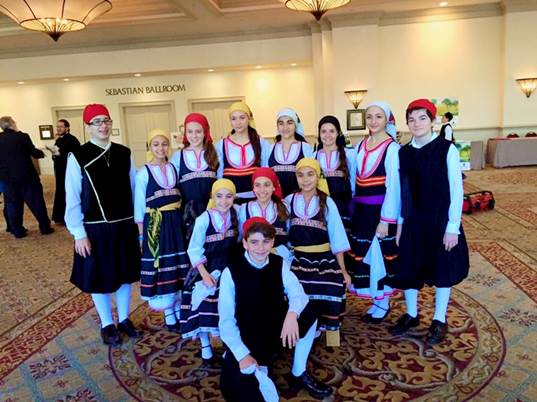 In 2018 Sabrina Tsamoutales became the interim Dance Director.  In 2019 Michael Hawkins became our eighth and current Dance Director of the Grecian Odyssey Dancers.  In 2020, for the first time, the Grecian Odyssey Dancers sent two age groups to HDF who won medals.  Our senior group won the silver medal in its age group, while our combined Intermediate and Junior dance group won the bronze medal in its age group. 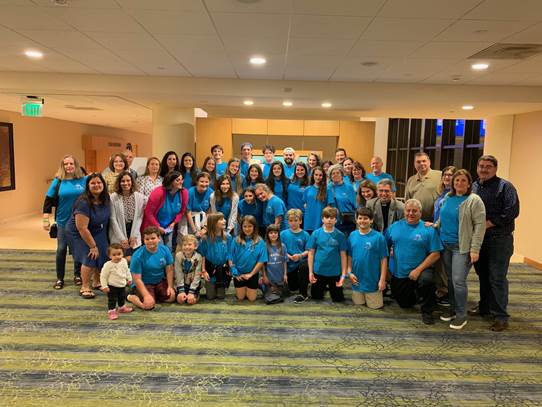